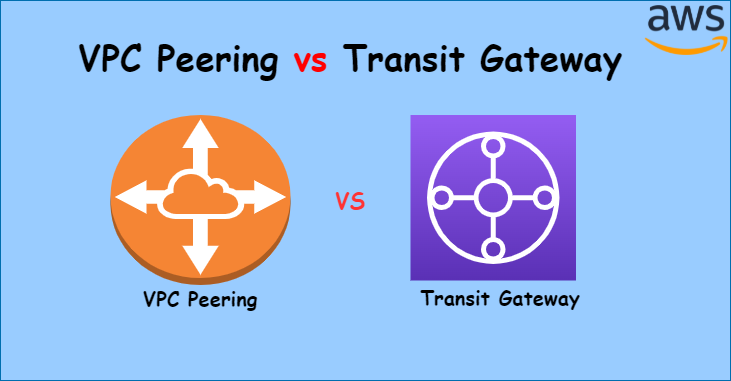 Today, we will discuss about “what is the difference between AWS transit gateway and VPC peering”. This is most important topic for any cloud engineers and commonly asked in the interviews.

To understand the concept of NO Transit routing, we will take three VPC i.e. VPC A, VPC B & VPC C. Let suppose, we have a VPC Peering connection between VPC A and VPC B, and another between VPC B and VPC C, there is no VPC Peering connection (transitive peering) between VPC A and VPC C. This means we cannot communicate directly from VPC A to VPC C through VPC B and vice versa. Due to this lack of transitive peering in VPC Peering, AWS introduces concept of AWS Transit Gateway.

AWS Transit Gateway is a fully managed service that connects VPCs and On-Premises networks through a central hub without relying on numerous point-to-point connections or Transit VPC.

An author, blogger and DevOps practitioner. In spare time, I loves to try out the latest open source technologies.

Get Exclusive DevOps News & Tutorials We Only Share With Email Subscribers